The number of M&A deals in Africa and the Middle East, as well as their aggregate value, increased by 11% each in 2019.

In the Middle East, Kuwait (12 deals, 5 more y/y) was the only country to see higher deal flow. Oman was flat with 12 deals, while Saudi Arabia (43 deals, 1 less y/y) and the United Arab Emirates (79 deals, 19 less) experienced declines in activity. Qatar slumped very sharply to just a single transaction, albeit from a somewhat lower base compared to the other countries (seven deals in 2018). 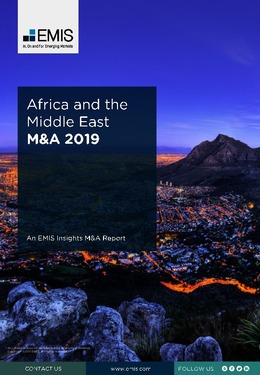