Emerging Asia M&A activity saw 2,148 M&A deals for a total of USD 216.9bn, down y/y by 12% and 37%, respectively. The lower numbers were mainly due to China’s slow M&A scene, where the number of deals declined by 20% y/y in the first six months and their value was lower by 47% following regulatory and capital constraints during the first quarter.

After an alarming increase in the rate of failing transactions and of corporate indebtedness, the Chinese government has taken measures to cool down the overheating outbound M&A market by putting it under scrutiny. On the other hand, a new round of mergers of large state firms, coupled with the government’s intention to promote mixed company ownership and further open up the economy, are expected to lead to more favourable investment opportunities into the country. 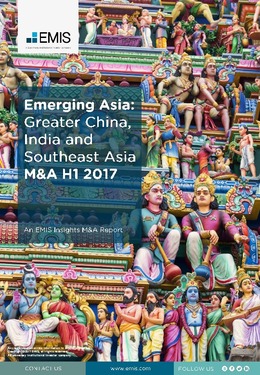