At the end of September 2017, M&A activity in Emerging Asia was down by 11% y/y in terms of number of deals and by a whopping 25% in terms of deal value. China was the main reason for the dramatic decline in large transactions, as the country’s M&A scene has slown down in line with its decelerating GDP growth. Numbers have been improving from quarter to quarter, and especially in Q3, but are nevertheless far behind last year’s.

Foreign investment in the region more than doubled y/y in the Q1-Q3 period, reaching USD 34.7bn. The US remained the biggest buyer into Emerging Asia, and its total amount invested surged three times y/y to USD 14.1bn on the back of 31 deals more. 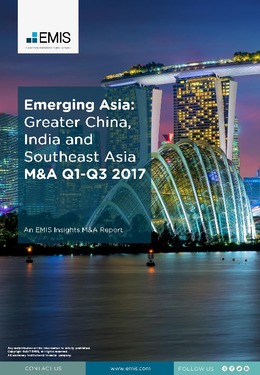