Regional M&A activity in the second quarter of 2017 remained mostly unchanged compared to Q1 with 373 deals for a total of USD 13.6bn. For the full six-month period, however, there was a sharp y/y decline in the aggregate value of transactions – USD 28.6bn vs USD 46.4bn.

The US remained the top foreign investor in Latin America and the Caribbean with 81 transactions so far this year for a total of USD 2.1bn – five deals and USD 1bn less than the equivalent period of 2016. Much more notable, however, was the fact that the overall amount of cross-border M&A into the region had fallen nearly three times y/y. 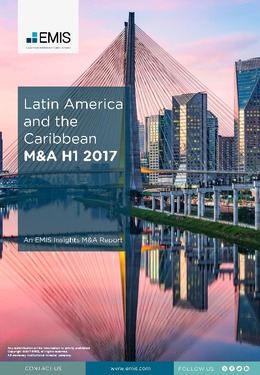