Although in Q3 Latin American M&A surged to its highest quarterly value in recent times, the overall sum of deals for the nine-month period was down by 22% y/y to USD 59.3bn. This was mostly due to the lack of any particularly impressive deals in the oil & gas sector, unlike in 2016.

Foreign investment in the region improved during Q3 but the total amount invested so far in 2017 as compared to the same time last year remains nearly twice lower at USD 21.3bn. The good news is that inbound deals in 2017 have been more – 412 vs 373. In addition, in Q3 China overtook USA as the top foreign buyer into Latin America by value of deals, which totalled USD 5.4bn for the first nine months. 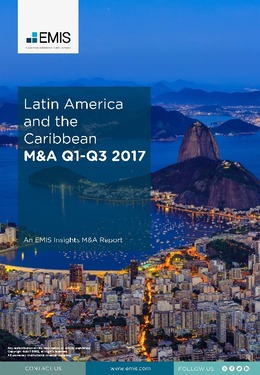