M&A activity in Latin America saw 379 deals in Q3, a significant decline compared to the previous quarter. Y/y however numbers were slightly up, supported by the stronger performance from H1 - deals grew by 3.3% to 1,252 while their aggregate value by 3.5% to USD 64.8bn. 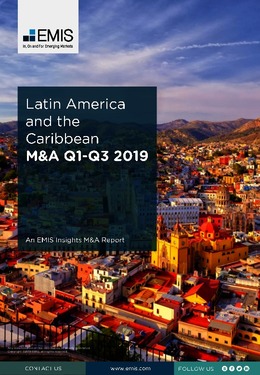