In Q1 2018, M&A deals in Latin America & the Caribbean fell 6% y/y in terms of volume to 351, as the quarter was among the slowest ones over the past couple of years. At the same time, there were plenty of big transactions and the value of deals jumped by nearly 125% to USD 33.7bn, which is the highest quarterly amount since 2012.

A notable development in Q1 was that China overtook the US to claim the spot of top foreign buyer. Compared to the same period of 2017, the Chinese have tripled the sum of their investments in Latin America to USD 1.3bn but this was on the back of just four deals, the largest of which was Didi Chuxing's investment in Brazil's 99Taxis for estimated USD 960mn. 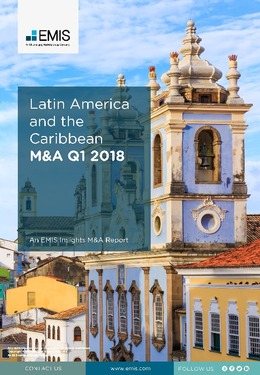