The recent decades of economic instability, macroeconomic underperformance and debt crisis, coupled with Argentina’s limited openness and integration to international trade, has resulted in a mediocre level of investment in new infrastructure, with the country increasingly falling behind in the regional rankings in terms of quality and adequacy of transport and energy infrastructure. In Argentina, the best developed infrastructure is largely associated with the few economic sectors in which the nation has some natural advantages, such as ports, roads and rail infrastructure used by the exporting complex of grains, cereals and vegetable oils; the natural gas/oil pipelines and oil refineries managed by the hydrocarbons industry; and the large hydropower plants developed in the past due to the country’s strong hydric resources. Outside of those activities, much of the infrastructure is in a state of neglect and even disarray.​

This report provides a complete and detailed analysis of the infrastructure sector for Indonesia. EMIS Insights presents in-depth business intelligence in a standard format across countries and regions, providing a balanced mix between analysis and data. 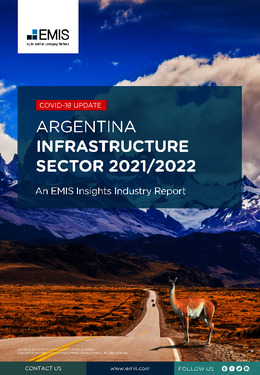