Latin America plays a minor role in the global metal processing sector, mainly due to the relatively low penetration of heavy industries in the region and the sluggish economic performance of the region’s economies ever since the end of the commodity boom in 2014. The region has seen its crude steel output fall at a CAGR of 1.7% over the 2016-2020 period, compared to 3.6% CAGR growth in the world’s output, mainly driven by China’s increasing over-supply. As a result, Latin America and the Caribbean ended 2020 with a 3% share of the world’s total crude steel production, with 56mn tonnes. Similarly, the region accounted for 12.8% of global refined copper output in 2020, with 3.1mn tonnes, down from 15.7% in 2016, after posting an average annual decrease in production of 4.3% over the period. Despite the larger share of refined copper production (mainly driven by Chile’s vast copper reserves), the region still accounted for 2.9% of the world’s consumption in 2020.

This report provides a complete and detailed analysis of the metal processing sector for Latin America. EMIS Insights presents in-depth business intelligence in a standard format across countries and regions, providing a balanced mix between analysis and data. 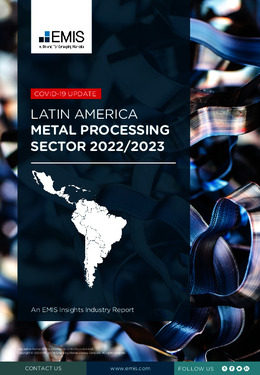