Brazil is the world’s leader in renewable energy power generation. Notably, at the end of 2015, renewable energy sources accounted for 70.4% of the installed capacity and for 75.9% of the power generation in the country. Although hydropower is undoubtedly the dominant element in the electric energy mix, with more than 71% of total power generation in 2015, wind power has been the fastest growing energy source over the last years. Notably, between 2010 and 2015, the power generated from wind farms increased at a CAGR of 68.8%. About 56% of the power capacity of the country is located in the economically developed South and Southeast regions. They were also the largest electricity consumers during the year, responsible for more than 68% of total power consumption in the country

This report provides a complete and detailed analysis of the electric power sector for Brazil. EMIS Insights presents in-depth business intelligence in a standard format across countries and regions, providing a balanced mix between analysis and data. 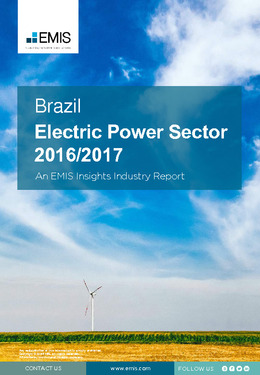