Between 2014 and 2016, Brazil went through one of the biggest economic crises of its history, recovering only in 2017, gradually growing at an average rate of 1.1% between 2017 and H1 2018. The infrastructure sector was hit particularly hard by the recession, due to the implication of some of the leading construction companies in the corruption investigations that shook the country during those years. This, coupled with the continued weakness of government investment, has led to a slow and continuous erosion of public capital stock. According to the World Economic Forum 2018-2019 Global Competitiveness Report, Brazil ranks behind all its BRICS peers and almost all its Latin American peers in terms of transport infrastructure quality.

This report provides a complete and detailed analysis of the infrastructure sector for Brazil. EMIS Insights presents in-depth business intelligence in a standard format across countries and regions, providing a balanced mix between analysis and data. 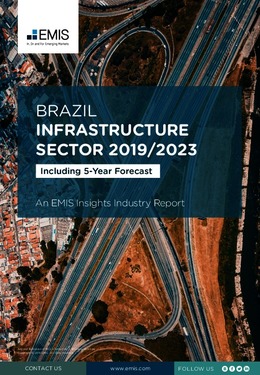