After being hit by one of the worst economic recessions in its history in 2015 and 2016, Brazil has started to gradually recover in 2017, achieving a mild GDP growth of 1.2% in average during the 2017- 2019 period. However, the infrastructure sector, which was in a precarious condition even prior the economic crisis, has shown little signs of recovery. The construction sector GVA, which reflects infrastructure works, performed poorly and continued falling in 2017, 2018, inching up by 1.6% y/y in real terms only in 2019. Moreover, public and private investment, which was on a declining path since reaching a peak in 2014, continued falling over the 2017-2019 period. As a result, the assessment of the country’s transport infrastructure quality has constantly deteriorated over 2017 and 2019, according to the World Economic Forum Global Competitiveness Report.

This report provides a complete and detailed analysis of the construction and real estate sector for Brazil. EMIS Insights presents in-depth business intelligence in a standard format across countries and regions, providing a balanced mix between analysis and data. 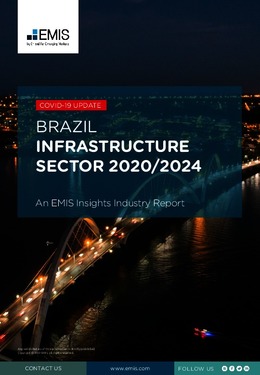