Between 2008 and 2017, Brazil’s oil output expanded at a strong CAGR of 4.2%, outperforming most of the top ten largest crude producers in the world. As a result, in 2017, the country ranked 10th globally in terms of production volume with a 3% share in the world’s total output. Since 2014, the oil and gas sector has been going through a deep restructuring process, prompted by corruption investigations that led to the arrest of former executives at the state-run energy giant Petrobras and high profile local politicians and businessmen and ended with the impeachment of president Dilma Rousseff in August 2016 and the imprisonment of former president Luiz Inacio Lula da Silva in April 2018. Lula was found guilty of corruption and money laundering and is currently serving a 12-year sentence.

This report provides a complete and detailed analysis of the oil and gas sector for Brazil. EMIS Insights presents in-depth business intelligence in a standard format across countries and regions, providing a balanced mix between analysis and data. 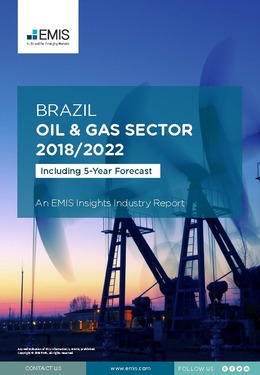