Egypt is located on the main trade route between Asia and Europe and has rich natural resources, especially with regard to renewable energy. However, during the decades of state monopoly in the infrastructure sector, the country failed to take full advantage of its riches, suffering from energy shortages and outdated transport systems, incapable of handling the rapidly growing population. In recent years, the government has addressed these issues and identified infrastructure as a top priority. Major government energy projects and the opening of the sector to private players have put an end to power outages, and today Egypt is already an exporter of electricity. The road network has improved significantly in recent years thanks to the National Roads Project. Several megaprojects in port infrastructure have increased cargo handling capacity. Next in line is the railway segment, which should also undergo a major transformation.​

This report provides a complete and detailed analysis of the infrastructure sector for Egypt. EMIS Insights presents in-depth business intelligence in a standard format across countries and regions, providing a balanced mix between analysis and data. 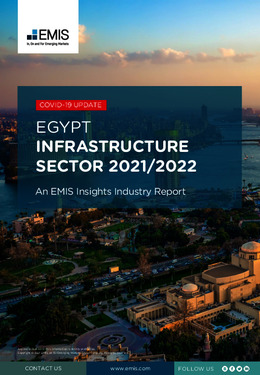