The automotive industry has been by far the most dynamically growing sector in Hungary since the end of the economic crisis of 2008-2009. Motor vehicle production grew by a spectacular CAGR of 18.6% in the period 2010-2015, reaching a record high 495,370 units in 2015. In the five years to 2015, the local car makers increased their share in EU vehicle production to 2.7% from 1.2%, ranking Hungary 9th in the union. This stable growth was supported by Europe’s growing vehicle demand. Both in vehicles and car parts, Hungary had a constant trade surplus during the said period.

This report provides a complete and detailed analysis of the automotive sector for Hungary. EMIS Insights presents in-depth business intelligence in a standard format across countries and regions, providing a balanced mix between analysis and data. 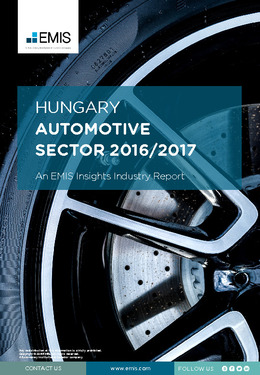