India is the third-largest consumer of oil and natural gas in the world, after China and the US. Nevertheless, India’s per capita consumption of oil and gas remains considerably lower than its two giant counterparts, suggesting there is still significant room for further demand growth. India’s growing demand for oil and gas is outstripping the domestic industry’s ability to supply this need, contributing to increasing imports in each subsequent year. Oil and gas production in India is dominated by the activities of several public sector undertakings (“PSUs”). However, the government is liberalising the regulations it places on participation in the oil and gas sector to encourage the entry of more private players.​

This report provides a complete and detailed analysis of the oil and gas sector for India. EMIS Insights presents in-depth business intelligence in a standard format across countries and regions, providing a balanced mix between analysis and data. 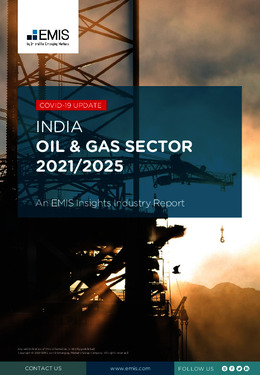