The agricultural and fishing sector in South Korea contributed 1.97% to the country’s GDP in 2015. The farming population in Korea in 2015 was 2.6 million people, or 5.1% of the total population. The cultivation subsector provided 70% of the total value-added of agriculture in 2015. Rice is the main crop grown in Korea and the country is among the top ten rice producers in East Asia. The livestock subsector is growing at a faster pace than the cultivation subsector. The value of the livestock subsector grew by 78% in 2015, compared with 2011.

This report provides a complete and detailed analysis of the agriculture sector for South Korea. EMIS Insights presents in-depth business intelligence in a standard format across countries and regions, providing a balanced mix between analysis and data. 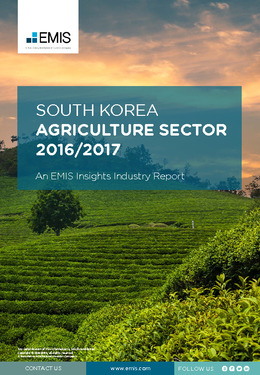