The transportation sector in Africa has high potential for growth. The world’s second largest continent accounts for 20% of the world’s land area and its fast-growing population reached 1.3bn in 2018, or 16.9% of the global population. Moreover, the ongoing urbanisation process is further boosting demand for transportation services. Africa’s urban population reached 42.5% in 2018, an increase of 4.5pp over the past decade. The economy of the continent has been growing at a steady pace – in the last ten years its nominal GDP grew at a CAGR of 3.9%, above the global CAGR of 3.3%, while in real terms the respective growth rates were 3.4% and 2.4%. However, the transportation sector has been identified as one of the major obstacles towards Africa achieving its full economic growth potential. The World Bank has estimated that the continent’s poor infrastructure constrains productivity by as much as 40% and reduces Africa’s GDP by some 2% a year.

This report provides a complete and detailed analysis of the transportation sector for Africa. EMIS Insights presents in-depth business intelligence in a standard format across countries and regions, providing a balanced mix between analysis and data. 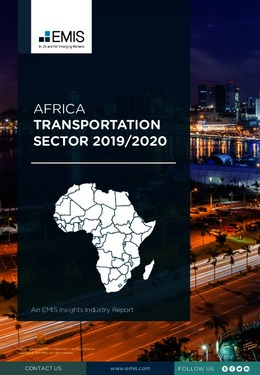