Mexico’s automotive sector has experienced a steady expansion in the last 20 years. Whereas in 1993 the automotive value chain, including the production of motor vehicles and auto parts, accounted for 1.5% of the country’s GDP and for 8.5% of its manufacturing output, these shares were 3.4% and 19.4%, respectively, in the second quarter of 2016. This growth was mainly propelled by two factors: exports to the United States, favoured by the signing of the North American Free Trade Area (NAFTA), which entered into force in 1994; and the entry of a large number of multinational automotive companies, mainly major car makers and Tier 1 suppliers, which chose Mexico as a base for their export and manufacturing hubs for the entire North American region. Since 2014, investment projects with a combined value of at least USD 13.2bn have been announced in the sector, according to EMIS Insights estimates.

This report provides a complete and detailed analysis of the automotive sector for Mexico. EMIS Insights presents in-depth business intelligence in a standard format across countries and regions, providing a balanced mix between analysis and data. 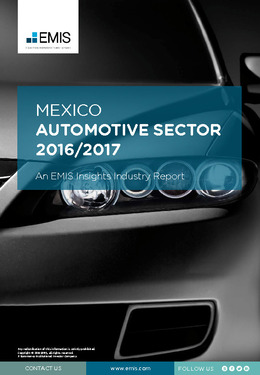