In 2015, the electric power sector of Mexico accounted for 1.5% of the country’s GDP and for 2% of the total foreign direct investment. Over the period 2011-2015, domestic power consumption expanded at an average rate of 2.4% per year, driven by strong demand fundamentals including the growing middle class population and the development of the domestic industrial base. Since December 2013, when the government launched a far-reaching Energy Reform, the sector has been under a process of transformation from a government-dominated sector with only one state-owned company participating in the market, Comision Federal de Electricidad (CFE), to a private-investment driven sector. The reform will reshape the structure of the Mexican electric power sector and define the country’s energy security.

This report provides a complete and detailed analysis of the electric power sector for Mexico. EMIS Insights presents in-depth business intelligence in a standard format across countries and regions, providing a balanced mix between analysis and data. 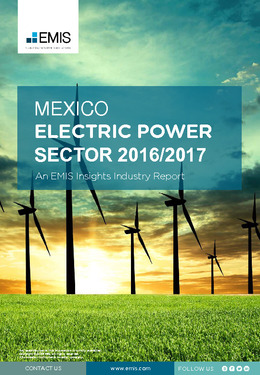