In 2016 the gross value added (GVA) of the Romanian agriculture, forestry and fishing sector reached RON 29,654.2mn and accounted for 4.34% of Romania’s total GVA and 3.89% of GDP. There were 1.726mn persons employed in the sector, which accounted for 20.8% of total employment in the Romanian economy. Romania has significant agricultural production potential due to its size and natural conditions, which include good quality soils. However, this potential cannot be realised because of an unfavourable farm structure. Agricultural holdings of less than 1 ha accounted for 53% of the total number of farms in 2016. Extreme fragmentation affects productivity and average yields, which in Romania are lower than those of the most productive EU countries. Despite this fragmentation Romania is an important agricultural producer – being the second-largest producer of grain maize in the EU and its third-largest producer of oilseeds.

This report provides a complete and detailed analysis of the agriculture sector for Romania. EMIS Insights presents in-depth business intelligence in a standard format across countries and regions, providing a balanced mix between analysis and data. 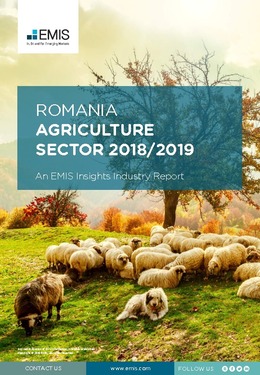