Russia is a major agricultural producer with strong positions in the crops segment. It is the third largest wheat producer in the world and the largest barley and oats producer. The agricultural sector accounted for 4% of GDP in 2015 and its growth in comparison with preceding years was significantly affected by the embargo on the imports of agricultural products from Western countries. The domestic market grew by 11.4% over 2010-2015 in domestic currency terms but the currency fluctuations resulted in a 3.1% drop in USD terms.

This report provides a complete and detailed analysis of the agriculture sector for Russia. EMIS Insights presents in-depth business intelligence in a standard format across countries and regions, providing a balanced mix between analysis and data. 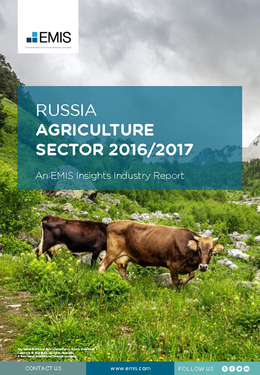