In a year marked by uncertainties surrounding Brexit’s unwinding and fears of spreading populism that preceded the elections in the Netherlands, France and Germany, M&A activity across Emerging Europe has remained healthy. Deal flow was higher than in 2016, reaching 2,123 transactions at year-end, although the total value of M&A fell by 17.6% to EUR 71.7bn due to fewer deals above the EUR 1bn threshold.

Among the bigger trends observed last year, the most obvious was that of China gradually becoming a major factor for inbound deals in CEE/SEE – in 2017 it ranked as the region’s top foreign investor by value for the first time ever.

This report provides an in-depth overview of the M&A deal activity in 25 emerging countries across Europe, with a particular focus on Russia, Poland, Romania and Turkey. Our reports are presented in a consistent format from quarter to quarter, enabling users to analyse and compare data, and follow the latest developments in M&A. 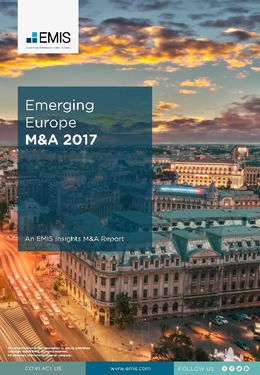