With 4,281 deals for USD 513.7bn in total, 2017 M&A activity in Emerging Asia was down y/y by 11% in terms of number of deals and by 16% in terms of deal value. A slowdown of the Chinese M&A scene was the main reason for a sharp decline in large transactions. Deal values have been improving from quarter to quarter, and especially in the second half of the year, but were nevertheless far from last year’s numbers.

The value of foreign investments, however, jumped nearly twice from 2016, with deals reaching USD 38.7bn in total. The U.S. alone nearly tripled their deals in Emerging Asia to USD 15.3bn, while Japan's investments more than doubled to USD 9.1bn. 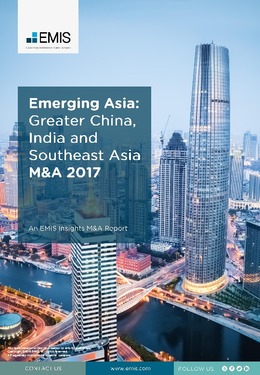