With 931 transactions in Q1 2018, M&A activity in Emerging Asia was down by 13.6% y/y compared to the same period of 2017. Despite the slowdown in deal flow, the aggregate value of M&A went up by 6% to USD 119.9bn as there were many big local transactions, and all of the region’s top 20 deals were above the USD 1bn threshold.

The US remained the most active foreign investor in Q1 in terms of number of deals. Japan had the biggest transactions overall, as the country’s total amount spent in Emerging Asia reached USD 2.5bn, following investments by the likes of Softbank and Itochu in healthcare and real estate assets in China and Taiwan. 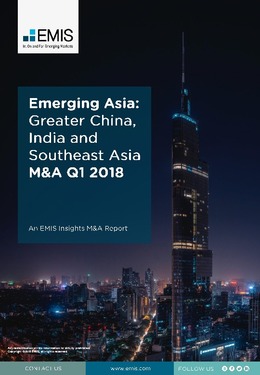