M&A in Latin America had a good start of the year with 415 transactions for the period January-March. It is in fact the best beginning of the year since 2014, also marking a 4.3% increase compared to Q1 2018.

In terms of foreign-led M&A, the U.S. comfortably took the first spot with 49 deals for USD 2.6bn in total. Unlike last year however, this time China was nowhere to be seen and had just four deals, the sums of which were all not disclosed. 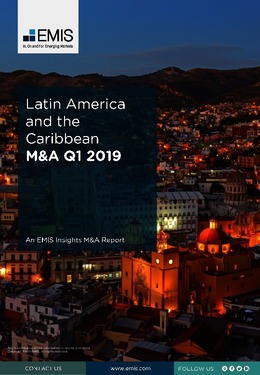