In Q1 2019, the number of deals in Africa and the Middle East dropped by 2% y/y but their aggregate value surged 87%.

The financial sector ranked first by number of transactions (28 in total for both regions), around a quarter of which attracted PE interest. The spotlight was on Middle Eastern big banks, as mega-deals for Ahli and UNB in Bahrain and United Arab Emirates, respectively, ranked as the largest for the whole region. 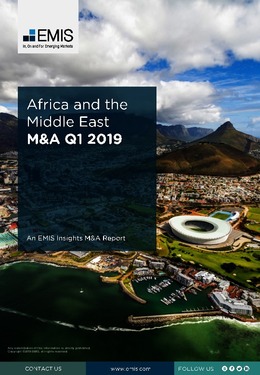