During the first six months of 2021, the number of M&A transactions in Africa and the Middle East dropped by 11.5% y-o-y, and their total value declined with 29%, as the second quarter saw fewer large deals compared to the same time last year. 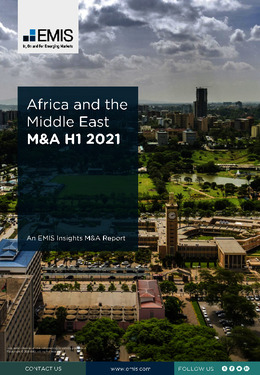