The extraction of oil and gas is one of Argentina’s main economic sectors, accounting for 2.3% of GDP and 2.1% of exports in 2018, as well as 0.9% of total employment at the end of that year. Since 2011 the country has continually moved further and further away from energy self-sufficiency due to a prolonged period of declining output, caused by a sustained fall in investment and political and economic uncertainty. However, the industry might have experienced a turning point in 2018 as the volume of oil exports soared, while natural gas imports have fallen at a considerable rate. Argentina has significant growth opportunities in terms of unconventional resources, holding the world’s fourth largest shale oil and second largest shale gas reserves, according to the latest available estimates, which were released by the US Energy Information Administration (EIA) in 2016.

This report provides a complete and detailed analysis of the oil and gas sector for Argentina. EMIS Insights presents in-depth business intelligence in a standard format across countries and regions, providing a balanced mix between analysis and data. 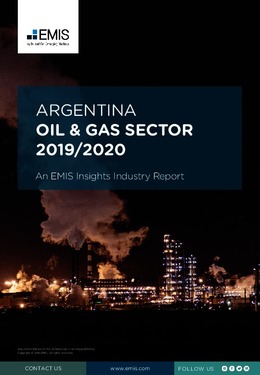