With a share of 19.9% of global proven oil reserves and 4.4% of those of natural gas as of the end of 2017, the Latin America and the Caribbean region is among the prominent players in the hydrocarbon industry. The region is also likely to hold significant potential in non-conventional reserves and offshore areas, which in most of the cases remain underexplored. In 2017, Latin America and the Caribbean produced an average of 9.4 mmbbl/d of oil, equivalent to 10.2% of global output. The top three countries by crude production, Brazil, Mexico and Venezuela, have an individual average output of above 2 mmbbl/d and dominated 75% of total regional crude production during the period. Overall, 2017 was the third consecutive year when Latin America and the Caribbean reported a reduction in crude production, which fell by 4.7% y/y. Brazil and Trinidad and Tobago were the only countries in the region where production increased compared to 2016, while all the rest pumped lower volumes of crude. The weakening production  had its negative effect on both exports and domestic consumption of oil, which fell by 4.5% y/y and 0.9% y/y, respectively. The region is a major global exporter of crude oil, accounting for 7.8% of total global oil exports in 2017. At the same time, it remains dependent on the imports of derivatives due to insufficient capacity of local refineries and chronic underinvestment in the downstream segment. 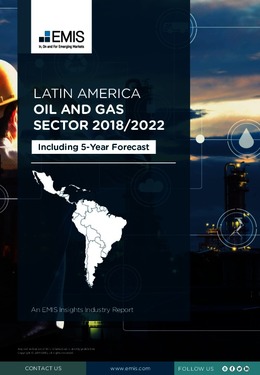