Brazil is a major global player in the production of ferrous and non-ferrous metals, ranking among the world’s top ten crude steel manufacturers between 2010 and 2015. The country was also the largest primary aluminium manufacturer and the third-biggest refined copper producer in Latin America in 2015. The metal processing sector plays a key role in the local manufacturing industry, being a major supplier of some of the largest segments of the economy, such as automotive, construction, capital goods and household appliances. The metal processing sector is also among the leading exporters of the economy, accounting for about 7% of the country’s exports in 2015, up from 6.3% in 2014. The sector also had a significant socio-economic role, creating about 688,500 jobs, or 9.1% of the employment in domestic manufacturing industry, distributed across 49,542 active companies at the end of 2015.

This report provides a complete and detailed analysis of the metal processing sector for Brazil. EMIS Insights presents in-depth business intelligence in a standard format across countries and regions, providing a balanced mix between analysis and data. 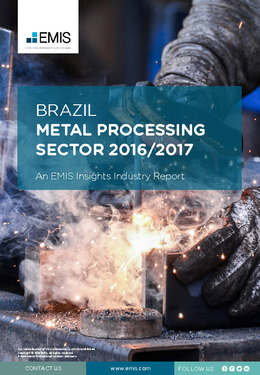