The combined value added of Brazil’s transportation, warehousing and postal services fell by 6.8% y/y at the end of 2016, indicating weaker performance of the industry than that of the overall economy, with the GDP contracting by 3.5% for the same period. Despite the major sports events that the country hosted in 2014 and 2016 - the FIFA World Cup, the Summer Olympics and the Paralympic Games - the number of passengers transported by the air carriers decreased at a CAGR of 0.4% between 2012 and 2016, which indicates that the benefits of the events were eaten by the economic crisis. Having a stronger relation with domestic activities, the interstate road passenger transport contracted at a CAGR of 9.7% over the same time frame.

This report provides a complete and detailed analysis of the transportation sector for Brazil. EMIS Insights presents in-depth business intelligence in a standard format across countries and regions, providing a balanced mix between analysis and data. 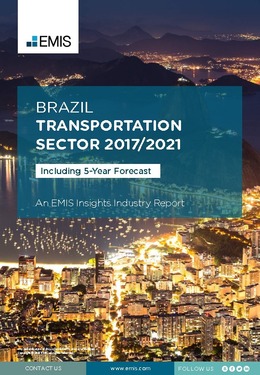