China invested nearly RMB 950bn in fixed assets in the environmental protection and water conservancy sector in 2015 – an increase of 17.4% y/y. Fixed assets investment in environmental management alone increased by 24.9% y/y to RMB 250bn in 2015. Revenue from solid waste recycling and utilisation grew 2.8% y/y to RMB 377bn in 2015 and reached RMB 397bn in 2016. The sector experienced steady development in 2015 and 2016, enjoying strong government support and benefitingfrom stricter requirements for pollution reduction and environment protection. Major players in the sector witnessed a double-digit growth in revenue in 2016, expanding on a national scale. The StateCouncil announced in November 2016 that the country had managed to cut carbon emissions by 20% in the years 2011-2015, thus exceeding the targets laid out in the 12th Five-Year Plan that had covered those years.

This report provides a complete and detailed analysis of the environmental protection sector for China. EMIS Insights presents in-depth business intelligence in a standard format across countries and regions, providing a balanced mix between analysis and data. 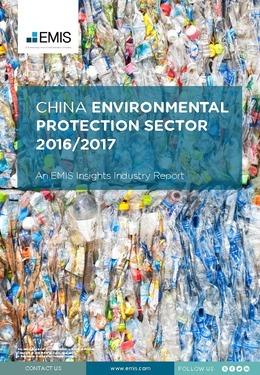