Hydropower made up 20.2% of the country’s total power generating capacity as of end-2016. China had 332 GW of hydropower capacity as at end-2016, up 3.9% y/y. New investment in the subsector reached RMB 61mn in 2016, down by 22% y/y, continuously decreasing from the peak values of RMB 124mn-122mn in 2012 and 2013. The continuous decline in new investment is attributed to the fact that the 2020 targets have almost been completed. The country’s target for 2016 was 330 MW, and it was achieved according to plan. China is the largest producer of hydroelectric power in the world, also investing in the construction and operation of hydropower plants abroad. It is the major investor in hydropower plants along the Mekong river in Southeast Asia.

This report provides a complete and detailed analysis of the hydropower sector for China. EMIS Insights presents in-depth business intelligence in a standard format across countries and regions, providing a balanced mix between analysis and data. 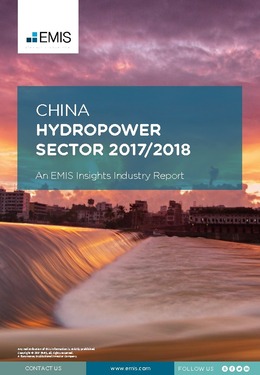