In the third quarter of 2019, China’s pharmaceutical production volume declined by 47% y/y to 304,000 tonnes, while the sales of pharmaceuticals dropped by 44.2% y/y to 322,700 tonnes. The centralised drug procurement scheme which had been launched in China at the end of 2018, resulted in a notable decline in drug prices. Many producers experienced significant drop in profits and some even suffered financial losses, that made production economically senseless, and finally resulted in drug shortages. Furthermore, there was a high pressure to limit the output of some heavily polluting API plants due to environmental concerns, which also had a negative effect on drug production. During this period, the revenue of China’s pharmaceutical sector totalled RMB 595.7bn, representing
an 8% y/y increase, while its total profit amounted to RMB 78.2bn, up by 11.1% y/y. 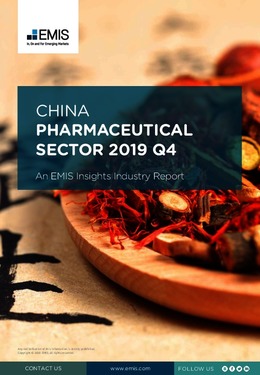