Coping with High Energy Prices: The Way Ahead for China’s Manufacturers

Having made it through the COVID-19 crisis, Chinese manufacturers are now facing another uphill battle: soaring energy prices and power outages, a new reality that is here to stay, at least for a while. Manufacturers, which have been driving China’s growth since the outbreak of the pandemic, must take actions to cope with the new normal and going forward, they will likely have two ultimate goals in mind – how to control their energy consumption and pay less for power.

China experienced one of the strongest post-pandemic economic recoveries in the world with GDP rising by a record 18.3% y/y in the first quarter of 2021. The economic revival led to a surging demand for electricity at a time when supply could not catch up as Beijing’s attempts to make the country carbon neutral by 2060 have seen coal production slow down, even though China still relies on coal for 70% of its power generation. And as electricity demand increased, coal prices shot up, with thermal coal futures traded on the Zhengzhou Commodity Exchange rising by more than 100% between January and late-October 2021. This forced coal-fired power plants to reduce output in order to avoid operating at a loss, given that the government is strictly controlling electricity prices. As a result, homes and businesses have been affected by power shortages as power has been rationed in several provinces and regions. The government has called on companies in major manufacturing areas to reduce energy usage during periods of peak demand or limit the number of days that they operate. Energy-intensive industries such as steel, aluminium, cement manufacturing and fertiliser production were among those hit the hardest by the power outages. 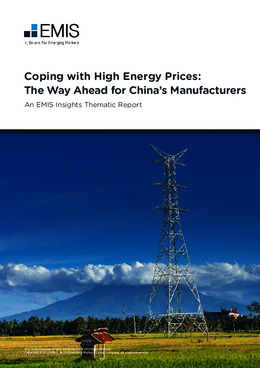