In 2018, Colombia was the sixth largest power generator in Latin America, ranking below countries with similar population levels, such as Argentina and Venezuela. This is mainly a result of the wide disparities in electricity coverage between large urban centres and remote rural areas, partly explained by terrain difficulties, but also due to the armed conflicts that still affect some areas in the country. Hydropower underlies Colombia’s energy mix, accounting for nearly 70% of the installed capacity in the country in 2018. This makes power supply dependent on climate factors, such as the El Nino phenomenon, which often cause droughts and reduce hydropower generation. To cope with this, Colombia has more than 5 GW of installed thermal capacity, constituting almost 30% of the country's total in 2018. The country has a small but growing amount of non-conventional wind and solar capacity as well.

This report provides a complete and detailed analysis of the electric power sector for Colombia. EMIS Insights presents in-depth business intelligence in a standard format across countries and regions, providing a balanced mix between analysis and data. 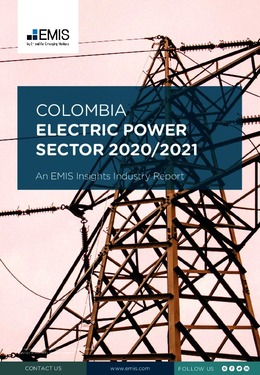