Under the government’s constant efforts to alleviate the air pollution problems through coal-to-gas conversion programmes, total gas consumption in China saw a robust 17.7% y/y increase in 2018. However, domestic gas production only grew by 8.3% y/y, expanding the supply shortage by 30 bcm, which made the country more reliant on imports. To tackle this issue, Chinese government bodies and national oil companies (NOCs) in the energy industry continued to develop upstream natural gas drilling and the natural gas sales network, and to design and construct the nation’s natural gas infrastructure such as LNG terminals and oil and gas pipelines. Total upstream investment in the oil and gas sector increased by 20.5% y/y to RMB 267bn in 2018 with major discoveries in the Tarim basin, the Junggar basin, and the Bohai Bay area.

This report provides a complete and detailed analysis of the natural gas sector for China. EMIS Insights presents in-depth business intelligence in a standard format across countries and regions, providing a balanced mix between analysis and data. 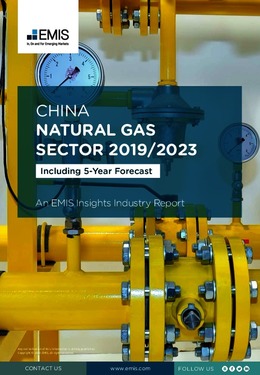