The changing demographic and disease profiles of Hungary were the drivers of the expansion of health expenditure in recent years. As a result, the country spent 7.4% of its GDP on healthcare in 2016, still below the EU average. The government continued to play a major role, contributing around two-thirds of the total health spending. Nevertheless, the deficiencies of the public healthcare system coupled with the rising incomes in the country, propelled the demand for private medical services. This has also encouraged domestic sales of pharmaceuticals, especially OTC drugs. On the other hand, sales of prescription drugs, mostly innovative drugs, stagnated due to the state’s cost containment policies. This prompted drug makers to increasingly rely on foreign markets thus turning Hungary into the largest drug exporter in the CEE. In 2017 the country’s pharma trade surplus came to HUF 318bn.

This report provides a complete and detailed analysis of the healthcare and pharmaceutical sector for Hungary. EMIS Insights presents in-depth business intelligence in a standard format across countries and regions, providing a balanced mix between analysis and data. 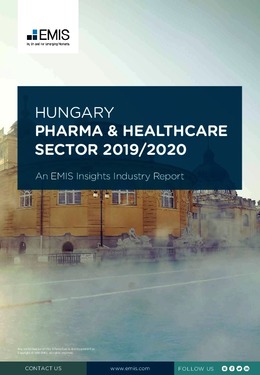