The Indonesian coal sector contributed 1.7% to the country’s GDP in 2015. Indonesia is the largest exporter of thermal coal and the fifth-largest coal producer in the world. Coal production decreased by almost 15% y/y in 2015 as a result of reduced demand from China and India. However, domestic coal consumption has been steadily growing, jumping by nearly 15% y/y in 2015. Almost half of Indonesia’s coal production is located in East Kalimantan. The proximity of extraction points to ports reduces the price of Indonesian coal, making it highly competitive on the international markets.

This report provides a complete and detailed analysis of the coal mining sector for Indonesia . EMIS Insights presents in-depth business intelligence in a standard format across countries and regions, providing a balanced mix between analysis and data. 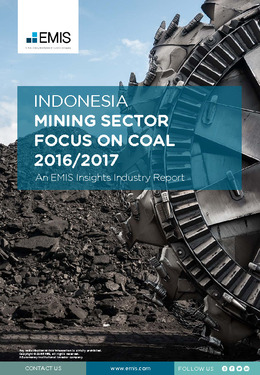