With a population of some 258.7 million, Indonesia is the world’s fourth-most populous country and the largest economy in the ASEAN region. The food and beverage sector employs over 4.5 million people and is the largest in the manufacturing industry. The sector has been resilient in times of economic downturn, traditionally posting growth rates above those of the overall economy. The industry needs to import a significant share of its raw materials, which makes it susceptible to USDexchange rate fluctuations and supply shortages. Indonesia’s future growth is dependent on investments in improving its output and achieving its self-sufficiency goals.

This report provides a complete and detailed analysis of the food and beverage sector for Indonesia. EMIS Insights presents in-depth business intelligence in a standard format across countries and regions, providing a balanced mix between analysis and data. 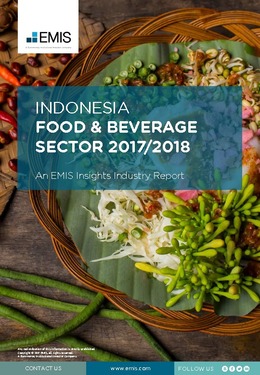