Joko Widodo won the hotly contested presidential elections of 2014 based, in part, on a platform of infrastructure investment to accelerate economic growth. This was successful as for decades the Indonesian economy had been plagued with inadequate and poor-quality infrastructure, especially outside the primary population and economic centres of Java and Sumatra. Logistics costs in Indonesia were among the highest in the ASEAN region, contributing to stubbornly high poverty rates in the country’s periphery. However, Indonesia has recently seen a flurry of infrastructure construction activity, encompassing roads, railways, airports and seaports. The country also plans to build new crude oil refineries for the first time in more than three decades to reduce its dependence on imported petroleum products.​

This report provides a complete and detailed analysis of the infrastructure sector for Indonesia. EMIS Insights presents in-depth business intelligence in a standard format across countries and regions, providing a balanced mix between analysis and data. 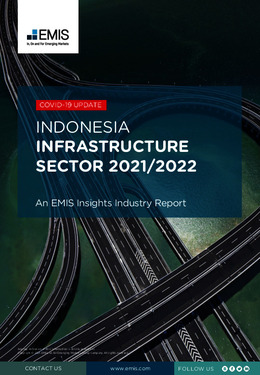