Mexico's electric power sector is at a crossroads. The sector experienced an investment frenzy after the passing of the energy reform in 2013, a constitutional amendment that opened electric power generation to private competition. However, with president Lopez Obrador's inauguration in December 2018, the confidence of private investors has slowly decayed, as the federal government adopts measures that go against free market competition and are oriented to strengthen the position of the national electricity company CFE (Comision Federal de Electricidad). Nevertheless, the sector remains attractive thanks to its large consumer base, as well as the country’s vast renewable power generation potential. As of 2019, Mexico was the second largest electricity producer in Latin America, behind only Brazil, and is a leader in solar and wind power generation.

This report provides a complete and detailed analysis of the electric power sector for Mexico. EMIS Insights presents in-depth business intelligence in a standard format across countries and regions, providing a balanced mix between analysis and data. 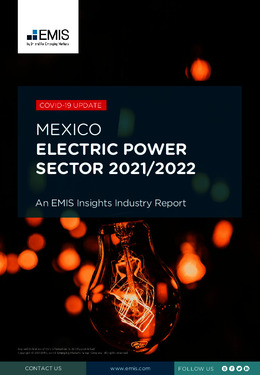