The SEA region has had an admirable record in improving its record against infectious diseases over the nearly three decades from 1990 to 2019. The region’s rapid economic growth relative to the rest of the world has contributed to better funding for public health systems, resulting in a converging of disability-adjusted life years (“DALYs”) within the region. Economic growth has also improved living conditions for many citizens throughout the SEA region, thereby reducing the incidence and prevalence of communicable diseases linked to unhygienic living conditions such as tuberculosis (“TB”) and malaria. Despite these improvements, the SEA region still suffers from a disproportionate burden of some communicable diseases. Notably, the region accounts for most of the global burden of Japanese encephalitis, leprosy, and dengue fever. Poverty rates remain stubbornly high in some pockets of the SEA region, particularly in rural areas where most people are still dependent on subsistence agriculture.

This report provides a complete and detailed analysis of the healthcare and pharmaceutical sector for Southeast Asia . EMIS Insights presents in-depth business intelligence in a standard format across countries and regions, providing a balanced mix between analysis and data. 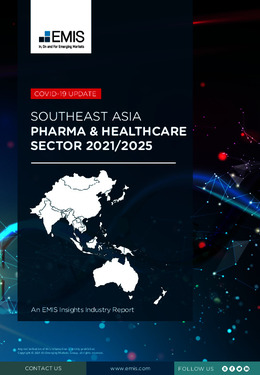