In 2016, Poland’s agricultural sector including hunting, forestry and fishing accounted for 2.38% of GDP and 16% of total employment. The gross value added (GVA) of the sector reached PLN 44.23bn, up 11.6% y/y. There were 2.391mn employees working in the agriculture sector, which is highly fragmented with 74.6% of farms having an area of under 10 ha. Farms with over 15 ha of land make up 15.2% of all Polish farms, but use 60.6% of the agricultural area. Poland is a significant EU agricultural producer. It was the largest producer of apples, the second-largest producer of potatoes and the third-largest
producer of cereals in 2016. According to estimates by the statistics office, in 2017 the cereal harvest reached 32.21mn tonnes, 8% higher y/y.

This report provides a complete and detailed analysis of the agriculture sector for Poland. EMIS Insights presents in-depth business intelligence in a standard format across countries and regions, providing a balanced mix between analysis and data. 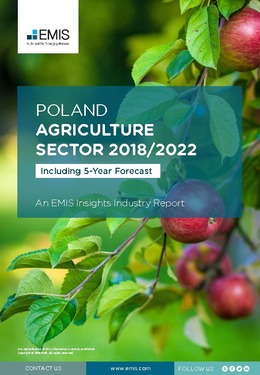