Sold production of the coal mining sector amounted to PLN 24.6bn in 2019, corresponding to 1.1% of Poland's GDP. On average, the sector employed 79,200 people that year, which accounted for 0.7% of the total workforce. The level of employment reflects the slow but consistent move away from this fossil fuel – in 2010, average paid employment stood at 124,500 people. However, the sector's importance for the Polish economy is still considerable. Poland is the largest hard coal producer in the EU and the tenth largest in the world. In terms of lignite production, it is the second largest player in the EU (data for 2018). The Polish government’s policies, however, are increasingly influenced by the EU’s carbon neutrality goals, spurred on by the sector’s unprofitability. At the end of 2020, it was announced that all public hard coal mines would be closed by 2049.​

This report provides a complete and detailed analysis of the coal mining sector for Poland. EMIS Insights presents in-depth business intelligence in a standard format across countries and regions, providing a balanced mix between analysis and data. 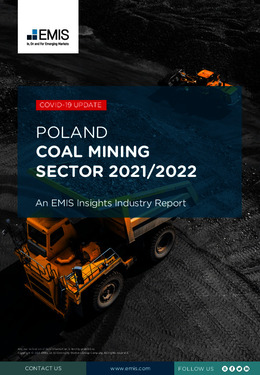