The electric power sector in Romania is on track to become a full-fledged driver of the national economy with a significant international exposure. While the country is rich in natural resources, its power sector lacks privatisation focus and a well-developed interconnection network. Factors such as weather conditions and government policy play an enormous role in the development of the segment. Local electricity generation increased at a CAGR of 1.8% in 2011-2016, driven mainly by green energy sources which grew by an average 65.9% in the period. Green sources’ installed capacity increased by 1,099% in 2015 compared with 2010. However, the main source of electricity is still thermal with a 40.2% share in 2016. Consumption experienced a more moderate annual growth rate of 1.5% in 2011-2016, whereas the trade balance volume peaked by 122% in 2016 compared with 2010.

This report provides a complete and detailed analysis of the electric power sector for Romania. EMIS Insights presents in-depth business intelligence in a standard format across countries and regions, providing a balanced mix between analysis and data. 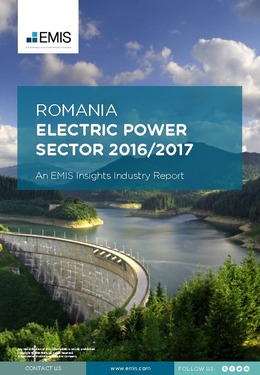