Serving a population of nearly 147mn, Russia’s ICT market ranks as one of the largest in the world, offering telecommunication companies significant potential for growth. The Russian ICT market is highly centralised and dominated by the country’s largest cities of Moscow and St Petersburg, where the main economic and administrative centres are located. Following a process of privatisation, the sector and all its subsectors have been liberalised and have to a large extent reached saturation. This, alongside the economic recession in 2015-2016, contributed to a decline in the sector’s revenue of 0.7% y/y in 2016, the first decline in over a decade. The main driver behind the sector’s development remains the mobile subsector that has expanded rapidly, displacing fixed-line.

This report provides a complete and detailed analysis of the ICT sector for Russia. EMIS Insights presents in-depth business intelligence in a standard format across countries and regions, providing a balanced mix between analysis and data. 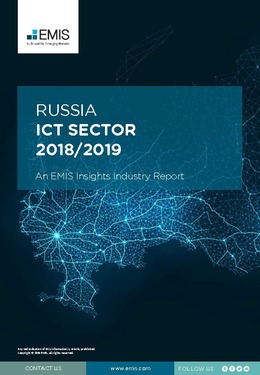