Metal processing is the second most important sector for the Russian economy, after the oil and gas industry. It is a key supplier for the automotive, oil and gas, construction and machine-building sectors. It also generates more than 6% of the country’s GDP and 9.6% of its exports. Average employment in the sector in 2014 (the latest available data) was 954,300 – or 2.1% of all employed Russians – while in 2015, the sector hired 158,500 persons (1.7% of all Russians hired in that year) but released 178,200. Russia ranks among the world’s top metal processing and export countries. It is the second-largest primary aluminium producer, ranks fifth in terms of refined copper production and is the largest pig iron exporter.

This report provides a complete and detailed analysis of the metal processing sector for Russia. EMIS Insights presents in-depth business intelligence in a standard format across countries and regions, providing a balanced mix between analysis and data. 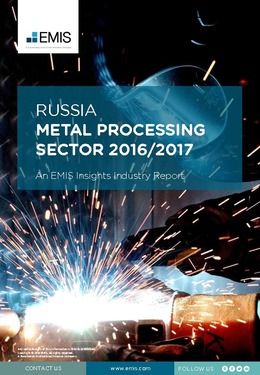