Russia holds the world’s largest natural gas reserves, equivalent to a fifth of the global total. In 2020, the country ranked second in terms of gas production falling behind only the US, contributing 17% to the global gas output. The vast gas reserves and production volumes make it an important supplier for the global markets with the EU and China being the main export destinations. State-run Gazprom is the dominant player on the gas market, supplying 66% of domestic production and almost all the natural gas exported through pipelines. The country is also the world’s sixth largest holder of crude oil reserves, equivalent to 6% of the global total. About 55% of Russia’s crude oil production is used for domestic refining, with the rest exported. Russia has some of the largest gas and oil pipeline systems in the world, stretching more than 177,000 km and 80,000 km, respectively.

This report provides a complete and detailed analysis of the oil and gas sector for Russia. EMIS Insights presents in-depth business intelligence in a standard format across countries and regions, providing a balanced mix between analysis and data. 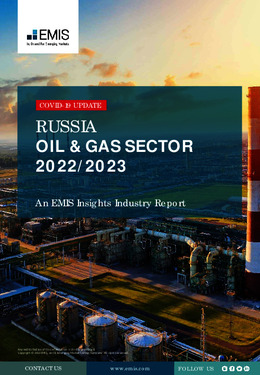